IMPORTANT ! Performance dates 13 to 16 May 2020 cancelled + postponed due to COVID-19 announcement to May 2021 [restrictions permitting] – but watch this space for updates. 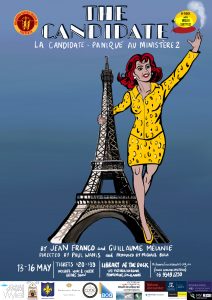 Shows are usually in May and sometimes September subject to confirmation. 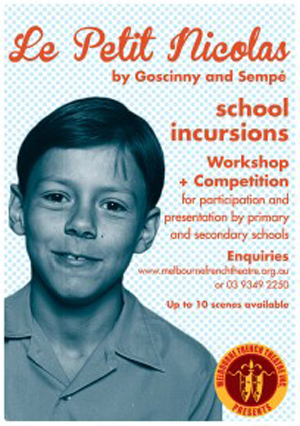 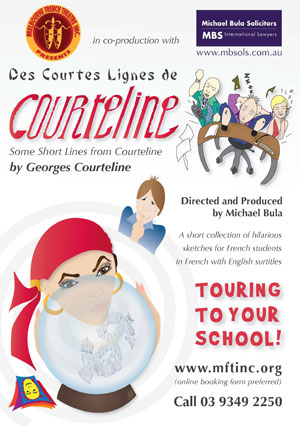 Founded in 1977, by Michael Bula and A. David Gorrie, Melbourne French Theatre Inc. – Le Théâtre Français de Melbourne  – is a non-profit incorporated association and Registered Charity and tax deductible gift recipient under the patronage of the French Ambassador to Australia. Presenting 1 to 2 plays a year and touring schools across Victoria throughout the school year, our mission is to serve as a window of French theatrical literature and performance and to cross-fertilise Australian and French-speaking cultures through theatre. 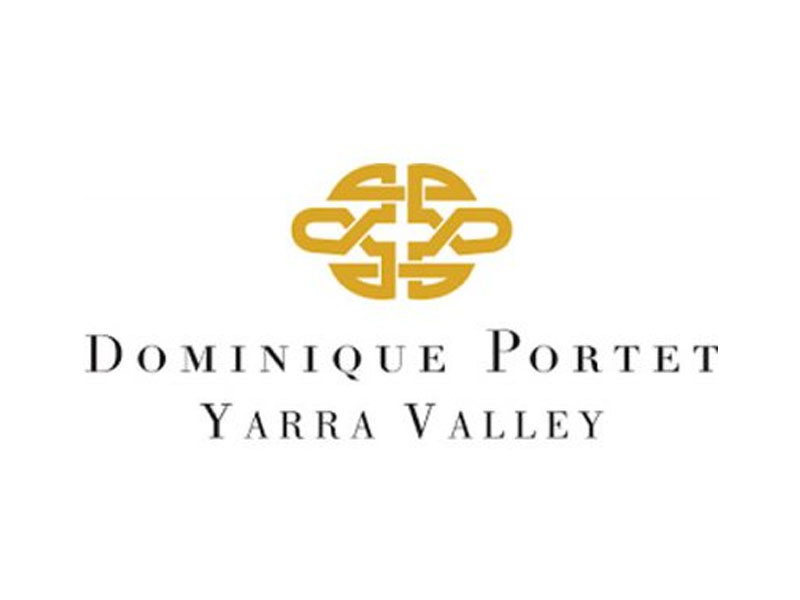 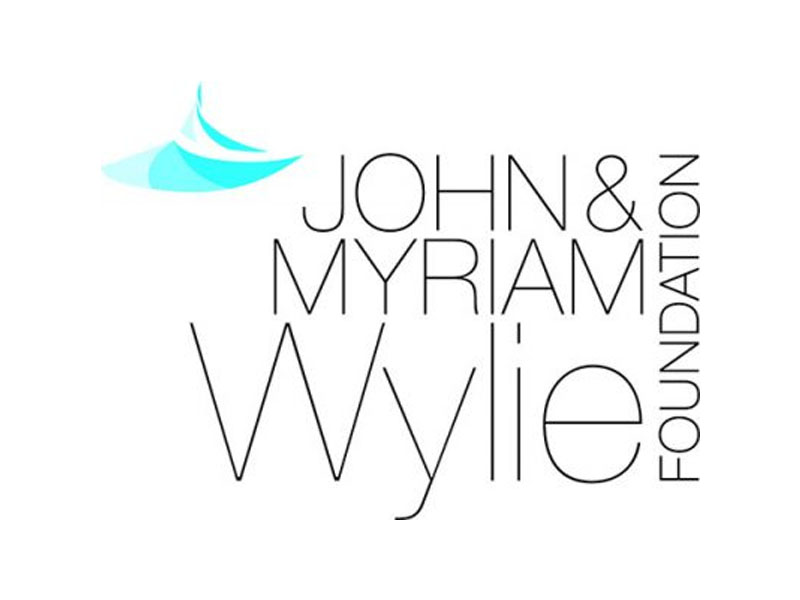 La Candidate postponed to May 2021

Restrictions permitting, the show has been postponed to May 2021 Please support us coming out of the COVID-19 crisis and

Restrictions permitting, the show has been postponed to October 2020 Please support us coming out of the COVID-19 crisis which

Cast announced for La Candidate May 2020